While some said they recognize the challenge of balancing what may seem like competing needs of the economy and public health, they argued that targeted restrictions – including several enacted in neighboring Vermont – are needed. Moreover, some said, preventing an uncontrolled surge will benefit the economy in the long run.

Beware of a “false dichotomy – lives versus livelihoods,” said Elizabeth Carpenter-Song, a researcher at the Dartmouth Center for Health Equity. “You can move both priorities forward.”

More than 250 patients in New Hampshire were in the hospital with COVID-19 as of Friday, meaning that 1 in 10 hospital beds were filled with COVID-19 patients.

“That’s a big number for one disease,” he said in a Thursday phone interview. It’s “really impacting our ability to give care.”

As the pandemic carries on, New Hampshire residents may continue to travel to other New England states without a required quarantine, dine-in restaurants at full capacity (with some barriers and distancing in place) and go to bars.

One thing they can’t do, for the most part, is go out in public without a mask. Following months of public debate and contention, Gov. Chris Sununu, a Republican, issued the mask mandate last month. Although he was the last governor in New England, and one of the last in the country, to do so, it was one of the more visible measures he has taken in recent months to combat the pandemic.

Anne Sosin, the program director for the Dartmouth Center for Global Health Equity, argued that the mask mandate is not enough. Transmission happens in settings such as restaurants or gatherings in people’s homes, she said, when people are taking masks off to eat and drink.

“Right now, the state’s doing very little to respond to the increase” in cases, hospitalizations and deaths, said Sosin, who with her colleagues has been tracking the COVID-19 pandemic and responses to it in northern New England. On Twitter and elsewhere, she repeatedly made the case last week that New Hampshire is diverging from Vermont in worrisome ways on several key COVID-19 metrics, such as hospitalizations.

New Hampshire’s other COVID-19-related measures include asking residents to restrict their travel, to practice social distancing and to quarantine on their own accord if a close contact lets them know they’ve tested positive.

“With better adherence to social distancing, face mask use and other community mitigation measures, we can ‘bend the curve’ and start to bring the numbers down, which will help protect our family, friends and neighbors, and help to keep our schools and businesses running,” Jake Leon, a spokesman for the New Hampshire Department of Health and Human Services, said in an email.

“Ultimately, it will probably take high levels of vaccination to bring this pandemic to an end,” Leon wrote.

Sosin contends that New Hampshire officials use language of inevitability when discussing the pandemic, as though little can be done to prevent more cases, hospitalizations and deaths. But she says more can and should be done before a vaccine is widely distributed.

Among her suggestions: increasing restrictions on gatherings between households, indoor dining at restaurants and in-person religious gatherings, as well as closing bars. Vermont Gov. Phil Scott, also a Republican, has undertaken all four.

Sosin said New Hampshire could, like Vermont, turn to information contact tracers have learned about how the virus is spreading among community members and then target restrictions to those settings. But she said that because New Hampshire has rolled back its contact tracing efforts in response to increasing numbers of cases, the state might not have the information it needs to develop targeted restrictions.

“There has to be some consideration around what are the drivers of transmission in New Hampshire,” Sosin said. “I don’t know that the state’s data is robust enough to do that at this point.”

Calderwood has said that enough people in the United States likely will be vaccinated by next summer for life to resume as normal, but before then, he said, the country is likely to see many more deaths.

If nothing changes, Calderwood said he expects deaths around the country – which recently surpassed 300,000 people – to top 500,000 by April. As of Friday, 638 people had died in New Hampshire, including about a dozen residents of nursing homes on the New Hampshire side of the Upper Valley. As of Saturday, 108 people had died in Vermont due to COVID-19. New Hampshire’s population is roughly twice that of Vermont.

In the meantime, the health care system will be strained. As hospitalizations for COVID-19 increase, other health care needs such as heart attacks and strokes continue, Calderwood said.

So far, Upper Valley hospitals including Dartmouth-Hitchcock Medical Center, the state’s sole academic medical center, have not been hard hit by COVID-19 directly. But as hospitals in New Hampshire’s southern tier fill up, DHMC and other hospitals around the state have been assisting by taking some of the patients that would otherwise be at hospitals in the south.

So far, DHMC hasn’t had to tell patients with scheduled, non-emergent but necessary procedures to wait. But Calderwood said that’s something hospital officials are evaluating daily.

Beds aren’t the only limiting factor. Staffing is in some ways an even greater challenge, and it will only become greater as the community prevalence rises and more schools may have to close for in-person classes.

Like Sosin, Brendan Williams, president of the New Hampshire Health Care Association, which represents long-term care facilities that have seen roughly 80% of the state’s fatalities, said he would like to see New Hampshire put additional restrictions in place to stem community transmission of COVID-19.

While Williams said Sununu’s mask mandate is “fine,” he would also like to see restrictions on indoor dining and other indoor activities such as bowling.

But, he said, “I really don’t see that at least our policymakers are interested in doing that. What I fear might happen is what we’ve seen in other states … unendurable suffering.”

Williams acknowledged that the state’s motto is “Live Free or Die,” but he said it “shouldn’t be the Live Free and Die state.”

When a reporter asked Sununu at a November news conference whether New Hampshire might consider a lockdown like it had in the spring, the governor said the situation was different than when cases were first emerging. He said the state has more testing and contact tracing than it did then. He also pointed to the side effects of a lockdown, including mental health issues, increases in abuse and school closings.

He also pointed to the need to keep the economy open.

“We don’t have a federal stipend right now,” he said on Nov. 12. “If we were to shut everything down and everyone goes on unemployment, there’s no $600 check per week coming our way, unless Congress decides something different.”

Last week, Sununu’s office did not respond to messages seeking comment for this story.

Carpenter-Song, the Dartmouth Center for Health Equity researcher, said that the complete shutdowns of the spring aren’t necessary now that more is known about the nature of the virus, including how it spreads and how to mitigate it.

The “blunt instruments that were in place in the spring should yield to more nimble approaches now,” she said.

“Balancing public health and economic success has been a priority of my administration from the onset of this pandemic,” he said in the release. “We have worked diligently with industry stakeholders and public health officials to craft industry-specific guidance that keeps Granite Staters working while ensuring their safety. This latest economic news affirms that New Hampshire has taken the right approach and that our economy will come back stronger than ever as we near the end of this pandemic.”

Vermont, at 3.1% unemployment for November, was tied with Nebraska for the lowest rate in the country. And officials in the Green Mountain State – where the response to the virus was praised as a model for the country by Dr. Anthony Fauci, director of the National Institute of Allergy and Infectious Diseases – frame their messages to make it clear that public health restrictions also are aimed at supporting the economy.

Michael Pieciak, the commissioner of the Vermont Department of Financial Regulation who tracks COVID-19 trends across the region, said a “pandemic is bad for the economy, period, regardless of what you do.”

Based on a study of communities following the 1918 Spanish influenza pandemic, Pieciak said those that responded more quickly with more aggressive measures also saw their economies rebound better and also had better health outcomes.

Vermont has not gone into a lockdown like the spring, but it has restrictions on indoor dining in restaurants, for example. Retail stores are open for holiday shopping, however, Pieciak said. For ski areas, Pieciak said the state welcomes skiers, but asks that they abide by the state’s quarantine requirements. Pieciak said he doesn’t expect the state’s businesses to break revenue records this year, but the aim is to get them through the pandemic and then to help them recover quickly.

He also said that by keeping deaths low, there will be more people left to drive the state’s economy. Reducing infections also will reduce the long-term health effects in those who survive, and with that Pieciak said people will have “more confidence to go out and spend.” 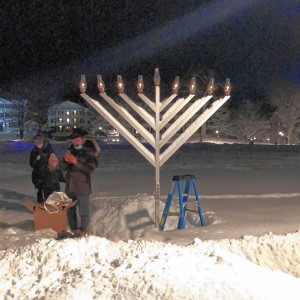 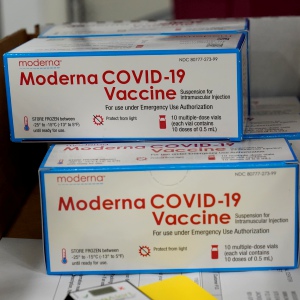 New Hampshire received its second round of Pfizer COVID-19 vaccines Monday.State officials said 8,775 doses will be distributed to health workers… 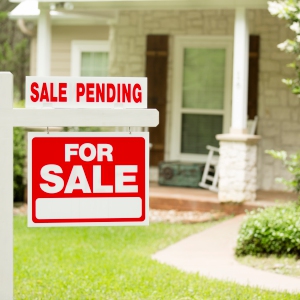 Michael Benton, owner of a Londonderry-based network of health, wellness and fitness facilities, sees many people who had been exercising outside… 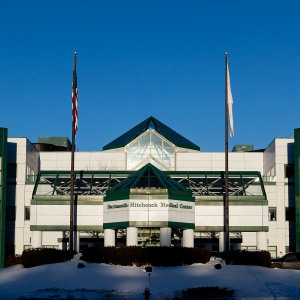 Does Empty-Nest Syndrome Exist? Symptoms, Causes And How To Cope

Kwadwo Asamoah would like to return to Ghana – one day...

Covid-19 vaccine: Why some health care workers say they want to...