TAMPA BAY, Fla. — On December 7, 1990, 20th Century Fox released “Edward Scissorhands,” a bizarre and darkly romantic modern fairy tale about a mother who discovers a “boy,” built by a lonely mad scientist type but with blades where his fingers should be, living alone in an abandoned castle.

What You Need To Know

“Edward Scissorhands” was the fourth feature film directed by Tim Burton, whose unique blend of gothic and whimsical sensibilities would soon make him a household name. The equally eccentric Johnny Depp starred in the movie, along with Winona Ryder and Diane Wiest, and while it was only modestly successful during its initial run, “Edward Scissorhands” quickly became a cult classic. It remains a quirky Christmastime favorite among Burton’s many devoted fans.

And, best of all to Tampa Bay cinephiles, “Edward Scissorhands” was shot almost entirely on location in West Central Florida. 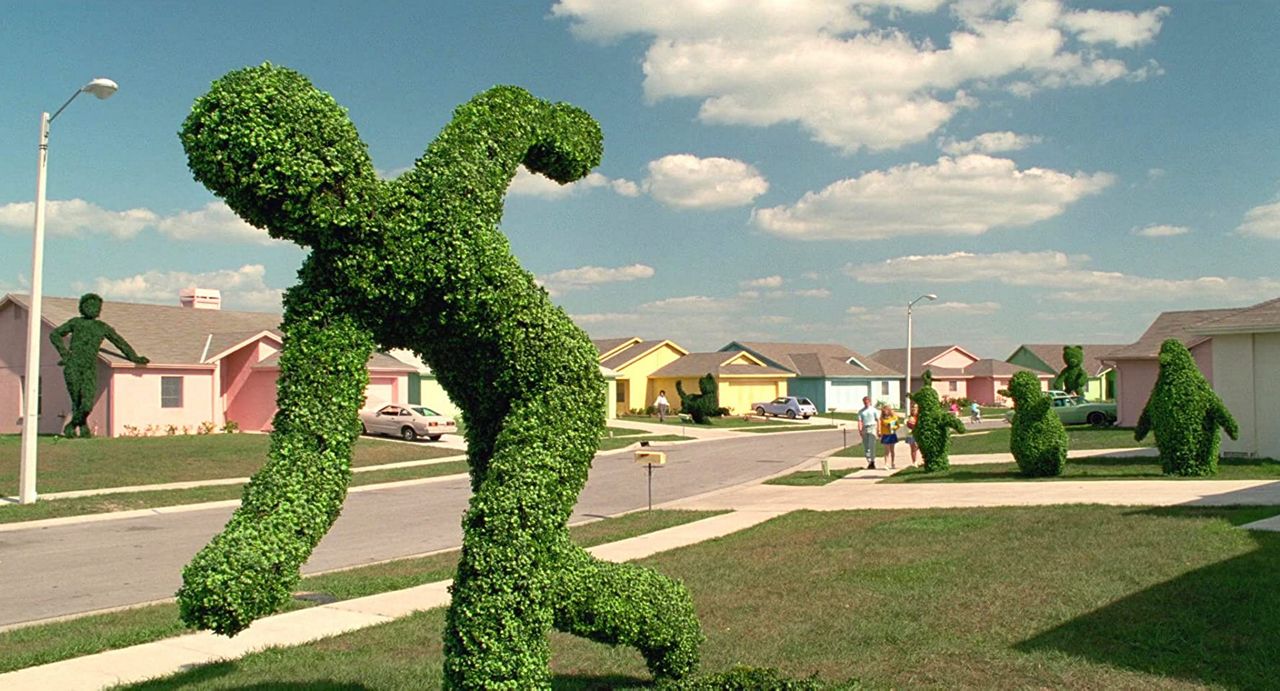 The most famous location is probably the home and neighborhood where Wiest’s Peg brings Depp’s Edward to live. Painted in lively pastels for the production and accentuated by the ambitious “topiary” (actually wireframe props) shaped by Edward’s nimble “fingers,” the houses are located in the Carpenters Run subdivision in Lutz. Diehard fans of the movie—particularly locals—often make the pilgrimage to Tinsmith Circle to take photos around the area, which now looks vastly different than it did onscreen.

The Carpenters Run houses aren’t the only Tampa Bay area locations featured in the movie, however. A dedicated “Edward Scissorhands” buff can make a whole day of visiting the handful of sites—some still recognizable, others completely gone—that show up in the film.

So what else is there to see? 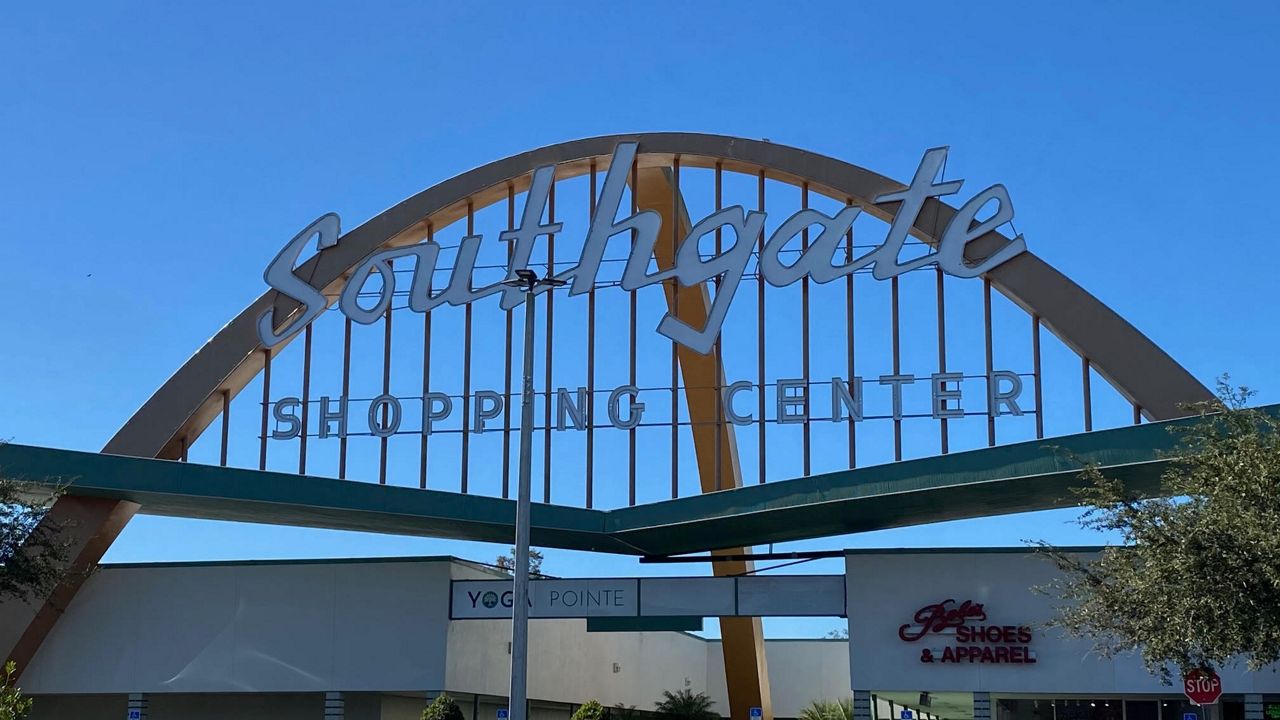 The Southgate sign is still there. (Image by Scott Harrell)

In one particularly pivotal scene, the character Joyce takes Edward to show him a potential location for a hair salon, where she attempts to seduce him. The massive Art Deco sign for Lakeland’s Southgate Shopping Center on the 2500 block of Florida Avenue South is featured prominently in exterior shots, and the interiors for the scene were shot in a property at the shopping center as well. 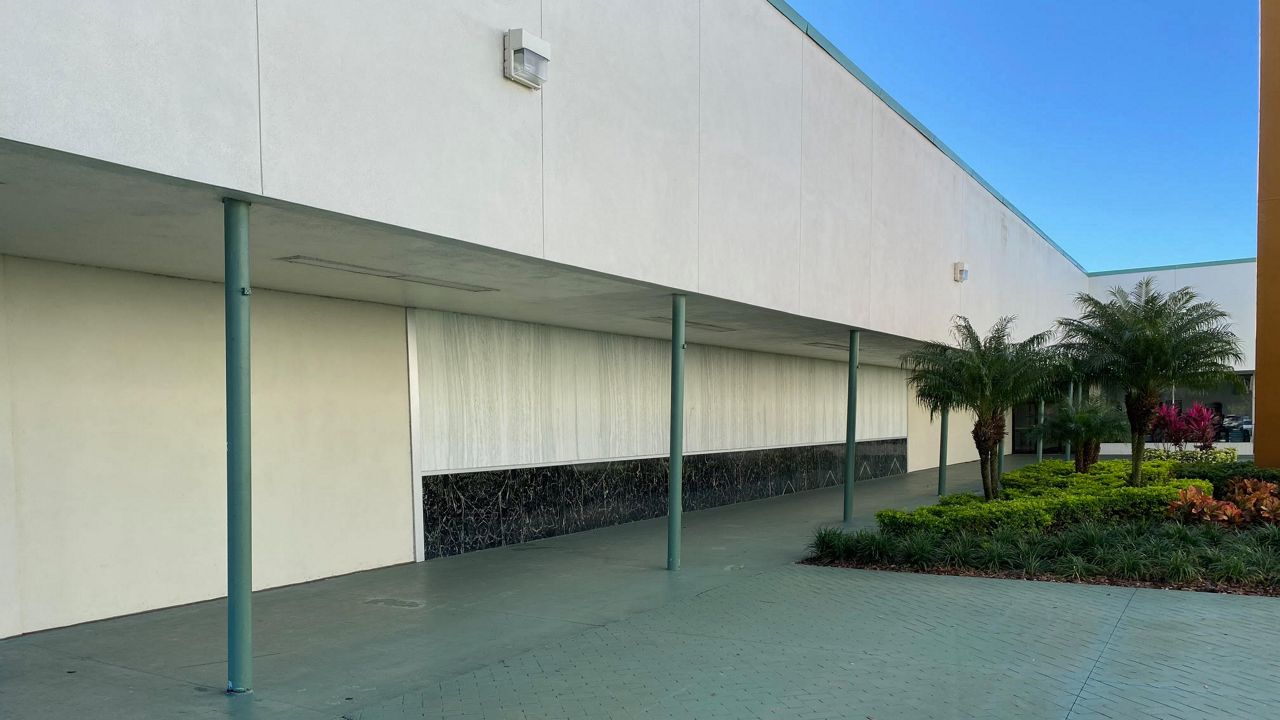 This is where the “hair salon” interior once stood. (Image by Scott Harrell)

The sign, built in 1957, still towers above the property, and was upgraded to feature LED lighting just this year. As for the hair salon, according to the owner of an adjacent boutique, it remained largely the same up until a couple of years ago, when its square footage was overtaken by the Bealls retail outlet that now commands the south end of the shopping center. Still, it’s easy to see where the storefront once stood. 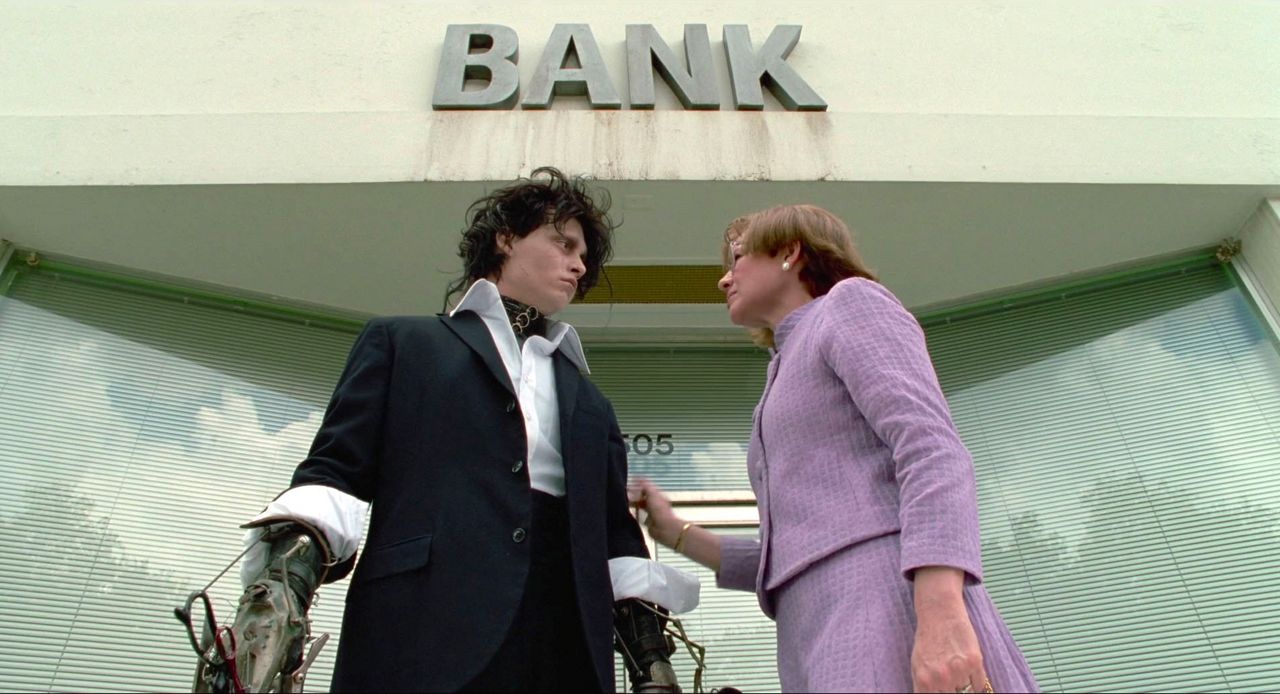 Edward and Peg attempt to secure funding for his hair salon through a bank loan. (It doesn’t work out so well for a guy with no social security number, financial history or collateral, and kinda looks like an extra from a Nine Inch Nails video.) Both the interior and exterior shots for this scene were filmed locally.

Interestingly, the internet at large still doesn’t seem to have figured out exactly where the exteriors were shot. Rose Rosen, the casting coordinator tasked with hiring locals as extras for the movie, says that’s because it’s not there anymore. According to Rosen, a Tampa Bay resident who remembers the entire shoot vividly because she was pregnant at the time, the site, also on the 2500 block of Florida Avenue South in Lakeland, was a florists’ wholesaler at the time—now it’s a Publix at the north end of Southgate Shopping Center.

As for the interiors, which prominently feature a bank vault in the background, they were shot at 400 North Ashley Drive. That’s right—downtown Tampa’s iconic “beer can” building. 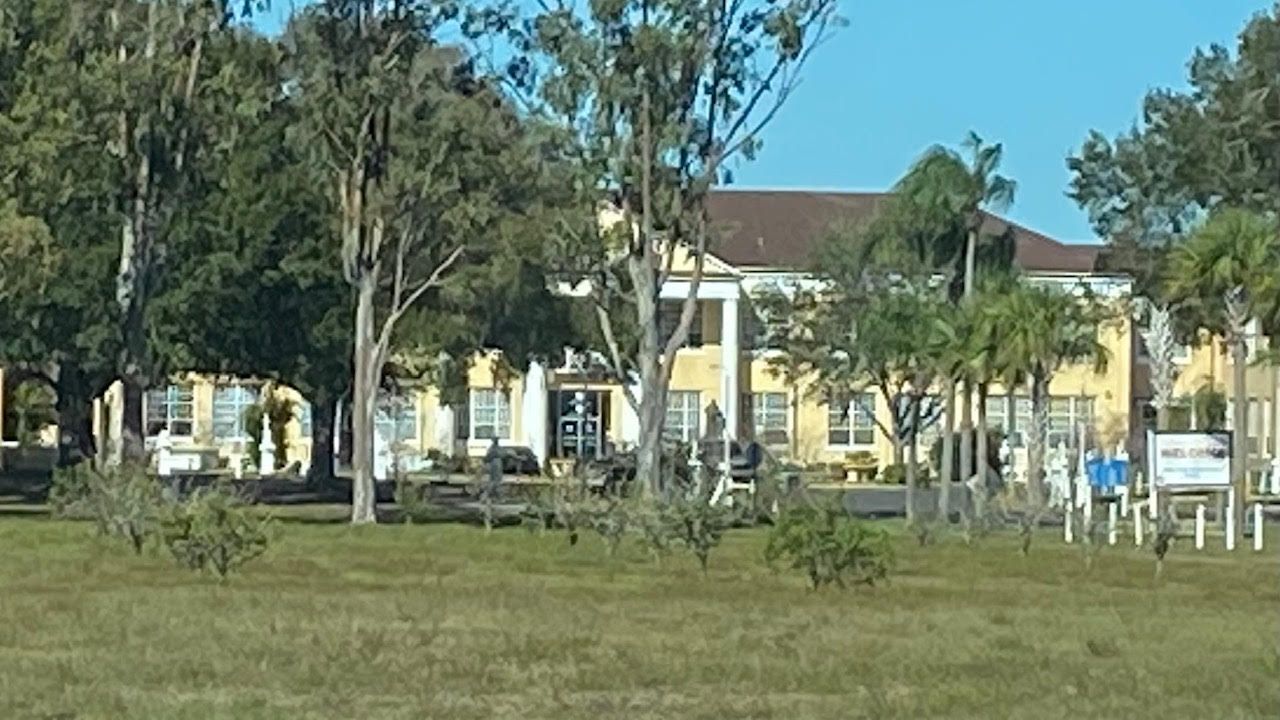 Were the classroom scenes filmed here? (Image by Scott Harrell)

At one point in the movie, Peg’s son Kevin takes Edward to school for Show and Tell, thereby automatically winning Show and Tell. Fans and online sleuths have pinpointed Catholic center Mary Help of Christians in Tampa’s East Lake area as the location for these shots. It’s tough to tell, though—the center is private property, and from the road looks nothing like the film’s brief exterior establishing shot.

Are there any more West Central Florida locations you remember from viewings of this offbeat Christmas cult classic, or that you caught in a rewatch this year? Let us know.

Restore power to the people and reject special interests – Chamber...

Jurgen Klopp: Ask the Premier League clubs who voted against the...

Conor Benn and Chris Eubank Jr are unlikely allies – ‘We...