A BONKERS Doomsday conspiracy theorist is adamant the world will end TONIGHT as he’s got “evidence” of an incoming apocalypse.

Crackpot pastor Paul Begley, who rants about his bizarre theories on YouTube, reckons he’s got evidence that we’re all doomed, days before Christmas.

The wacky Christian evangelist has warned that Doomsday will strike us on December 21, 2020.

He’s claimed it could happen due to a certain planetary alignment.

Gloom-mongerer Begley warned we’re “living the last days” with “blood and fire, and pillars of smoke… before the great and terrible day of the Lord come”.

He has previously cited the Mayan calendar and the alignment of two planets on December 21 – which happens to be his birthday – as evidence for his baseless warnings.

The orbits of Jupiter and Saturn will take them so close together on December 21 they’ll form a “double planet” phenomenon in the sky.

It will mark the first “conjunction” of the two planets, forming what some are calling a “Christmas star”, for several centuries.

Pastor Begley said in a YouTube video back in June: “It will be the closest Jupiter and Saturn have been since 1623 and it won’t even come that close again for another 500 years.

“So this is so rare and it’s going to be on the winter solstice.

“The Mayans are now reorganising and saying this could certainly be the end of the world as we know it.”

The Mayan calendar is a system of calendars and almanacs which was used by several cultures in Central America.

It dates back to the 5th century BCE and it is still in use in some Mayan communities today.

It’s not clear precisely what the Indiana internet star, who’s famed for his wild end of the world predictions, thinks will happen on this date.

But, the mysterious events will apparently lead to the promised return of Jesus Christ.

More recently, the self-proclaimed “fourth generation preacher” ranted on his YouTube channel: “In Luke 21 it says ‘then shall they see the son of man coming, in the clouds with power and great glory.

“When these things come to pass, he said look up and lift up your head and your redemption is drawing nigh.”

The Indiana preacher predicted the end of days would be a wild time.

In a nod to the book of Joel, chapter two verse 28, Begley noted, “[it says] ‘I will show wonders in the heavens and in the earth, blood and fire, and pillars of smoke, when the sun shall be turned into darkness and the moon into blood before the great and terrible day of the Lord come’.”

The pastor said: “Well, we just had the sun darken in a solar eclipse on December 14.

“We had a total solar eclipse of the sun. On Halloween we had a very rare blue moon.

“All these things are happening right now. We are in the last days. It’s not ‘if’ we are, it’s ‘yes’ we are.

“I was being interviewed once and I said ‘you’re in the middle of it. You’re living the last days’.”

He reckons the combination of a solar eclipse and the blue moon are proof we are doomed.

Begley’s cataclysmic concerns were summed up: “This is a wake-up call, this is the time to repent.

“The most important thing that should be on your mind is ‘do you have things settled with God?’, and have you prepared you family for the coming apocalypse?

“Have you told them that there is a day coming when men will cry for the rocks in the mountains.

“Have you told them judgement day is coming?

“We are running out of time. The clocks are about to strike midnight. Time shall be no more.

“The bible says it, but people are not ready.”

Polls conducted across 20 countries have found that at least 14 per cent of people believe the world will end in their lifetime.

The study found percentages of Doomsday believers ranging from six per cent of people in France to 22 per cent of those in the US and Turkey.

It goes without saying that Pastor Begley’s claims are pure speculation and are not backed by any hard evidence.

The evangelist has made plenty of doomsday predictions in the past, all of which, thankfully, have come to nothing.

What is the significance of December 21 in astrology? 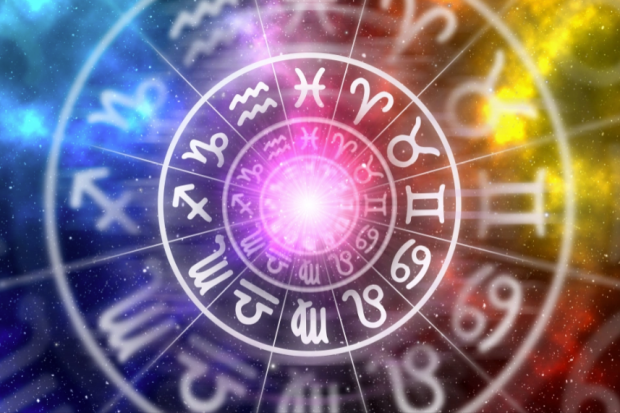 December 21 in 2020 brings one of the most anticipated astrological events of the decade, known as the Great Conjunction in Aquarius.

Not only does December 21 mark the winter solstice, but also a rare alignment taking place this year most commonly known as the Great Conjunction.

The Great Conjunction occurs every twenty years or so, and is when both Jupiter and Saturn align at the same degree of the zodiac.

Jupiter and Saturn will appear very close in the night’s sky as both planets head back into Aquarius.

Many refer to this phenomenon as the Christmas Star as they appear as one bright light.

Their alignment, according to astrologers, represents a changing of an era, and a time where we shift our way of viewing the world.

Girl, 5, raped, strangled and dumped in a cardboard box ‘by evil stepdad’

‘World will end THIS YEAR just days before Christmas’, according to the Mayan calendar and doomsday experts

When your ‘pandemic puppy’ doesn’t work out – BBC News

Should older people pay a larger share of their health care...

Tottenham: Why Harry Kane is the ultimate team player – BBC...

Best Bets: A look at the entertainment calendar for Dec. 25,...